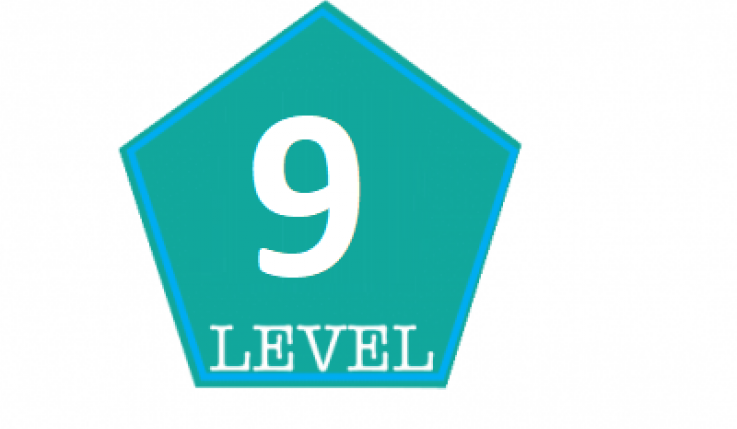 Biology
In nutrition and digestion, students will be able to:
-Define nutrition as the group of human behavior related to the consumption of food.
-Define a simple food material as formed of a single category of chemical organic constituents: carbohydrates, lipids, proteins, vitamins, or minerals.
-Define a complex food material as made up of many simple food materials.
-Identify the presence of a certain simple food material by appropriate reagents.
-Deduce that food is chemically transformed after being eaten.
-Define digestive enzymes.
-Identify the properties of a digestive enzyme: specific, acts only under specific conditions of temperature & pH.
-Design an experimental procedure to prove the properties & the conditions of temperature & pH.
-Define digestion.
-Point out that the action of the enzymes in the digestive tube is facilitated by mechanical phenomena.
-Indicate that the digestive system is made up of the digestive tube & the digestive glands.
-Label a diagram of the human digestive system.
-Identify, through experiments, the enzymes contained in the digestive juices.
-Find out the different steps of digestion & the pathway of food.
-Define nutrients
-Determine the characteristics of nutrients.
-Define intestinal absorption.
-List the characteristics of the wall of the small intestine as an essential surface of exchange.
-Deduce that the nutrients are transported by the blood and lymph, and distributed to all the cells of the organism.
-Identify the principal nutrients in the plasma.
In Respiration, students will be able to:
-Define respiration.
-Identify the importance of the respiratory system.
-Label a diagram of the human respiratory system
-Show that the bronchi ramify in the lungs to form bronchioles that end with alveoli.
-Establish a scheme of a pulmonary alveolus.
-Pick out the characteristics of the wall of the alveoli that is characterized by its large surface, its small thickness & its richness in vascularization.
-Relate the alveolar vascularization to the blood flow into the lungs.
-Indicate that the respiratory movement ensures the variations in the volume of thoracic cage inducing the change in the lung\'s volume.
-Identify the role of the intercostals muscles during inhalation & exhalation.
-Deduce that the gas exchange takes place through the wall of the pulmonary alveoli and that of the capillaries.
-Indicate that the gas exchange corresponds to the entry of oxygen into the cell from the blood & the lymph till the exit of carbon dioxide into the lymph & blood.
-Relate the permanence of circulation to the continuity of cellular gas exchange.
-Compare the composition of the inhaled and exhaled air and the blood leaving and entering organs.
-State that blood is enriched with O2 and becomes poor in CO2 in lungs
-Deduce that in tissues, gas exchange takes place between cells and blood through lymph.
-Establish a scheme that shows the cellular gas exchange.
-Point out that pulmonary & cellular gas exchange is done by diffusion.
-Relate the characteristics of the pulmonary alveoli to the phenomenon of diffusion.
-State that oxygen & carbon dioxide are transported by hemoglobin & plasma.
-Explain the reversibility of the oxygen- hemoglobin relation

In Circulation, students will be able to:
-Locate, by dissection, the heart muscular wall (myocardium) that is constantly supplied with blood.
-Locate the heart the arteries & the coronary veins responsible for supplying the cardiac muscle with blood.
-Demonstrate the organization of the heart from a dissection.
-Show that each of the right & the left atria only communicates with the ventricle situated at the same side.
-Formulate a hypothesis about the role of the valves impose a pathway on the blood circulation.
-Establish the relationship that exists between the organization & the functioning of the heart.
-Make a functional diagram of the internal organization of the heart.
-Define cardiac activity as the cyclic & rhythmic functioning of the heart, the motor organ of circulation.
-Differentiate between the three successive phases of the cardiac revolution.
-Prove the rhythmic & the cyclic activity of the heart beat and notice that the cardiac activity is accompanied by recordable electric manifestations constituting the ECG.
-Specify that the arteries conduct blood from the heart to the organs & the veins conduct blood from the organs to the heart.
-Identify the veins & the arteries that are in direct contact with the heart.
-Indicate that the capillaries are fine vessels, organized in a network in the organs & to permit the nutritive exchange with the interstitial lymph.
-Describe circulation as the continuous flow of the fluids, constituting the internal medium, in an organism.
-Describe pulmonary circulation as the circulation of blood starting from the right side of the heart to the lungs returning to the left side of the heart. Notice that the pulmonary circulation loads the blood with oxygen & liberates it from carbon dioxide.

English
English literature and writng course are designed to engage students in the careful reading and critical analysis of imaginative literature. Through the close reading of selected texts, students can deepen their understanding of the ways writers use language to provide both meaning and pleasure for their readers. As they read, students should consider a work's structure, style, theme, purpose, attitude, mood, audience, theme, character sketch, elements chart, and main idea, as well as such smaller- scale elements as the use of figurative language, imagery, symbolism, and tone. English- literature should include the in- depth reading of texts drawn from multiple genres, periods, and cultures. In addition to considering a work's literary artistry, students should consider the social and historical values it reflects and embodies.
Consequently, students of grade 9 should be able to analyze charts, images and graphs.
Writing should be an integral part of the English Literature. Writing assignments should focus on the critical analysis of literature and should include expository (cause/effect, compare contrast, problem- solution, advantages and disadvantages), analytical, narrative, descriptive and argumentative essays. Although analytical analysis should make up the bulk of student writing for the course, well- constructed writing assignments may help students see from the inside how literature is written.
The goal of writing in grade 9 is to increase students' ability to explain clearly, cogently, even elegantly, what they understood about literary works and why they interpret them as they do.

Physical Education(PE)
Students of grade 4, 5, 6, 7 ,8, 9 games are way different and smarter with competitions.
for example:
- Soccer is a very popular game that everyone loves to play and try to be the best in. It needs speed and some art in playing.
A football match is played by two teams, where each has 11 players on the field at any one time, one of whom is a goalkeeper. It is a match played in two 45 minute rounds. The game begins with the toss of a coin, and the winning captain decides which goal to defend or who takes the first kick off.
- Basketball: basketball doesn't have the same fans in our area as soccer, but students like it equally. It needs concentration, speed, and strength. Basketball is a team sport that uncludes two teams of five players where each try to score by shooting the ball into a hoop elevated 10 feet above the ground.
- Volleyball is mostly teamwork where the members need each other's help and strength to score against the opposing team.
-Fireball is a common Lebanese game where all players stand in the middle while two of the main players remain outside. The outside players must throw and hit the ball on the students inside the box to eliminate them from the game.
-Pingpong is a famous game where two players challenge each other with a small ball and a paddle.
The ball must rest on an open hand palm. Then, it must be tossed up at least 6 inches and struck so the ball first bounces on the server's side and then the opponent's side.
-Handball is a smart and fast game. The rules are straightforward. The players consist of two teams that consist of seven players including one goalkeeper and six court players per team. The players have to throw the designated ball past the goalkeeper in hopes of it going into their opponent's goal