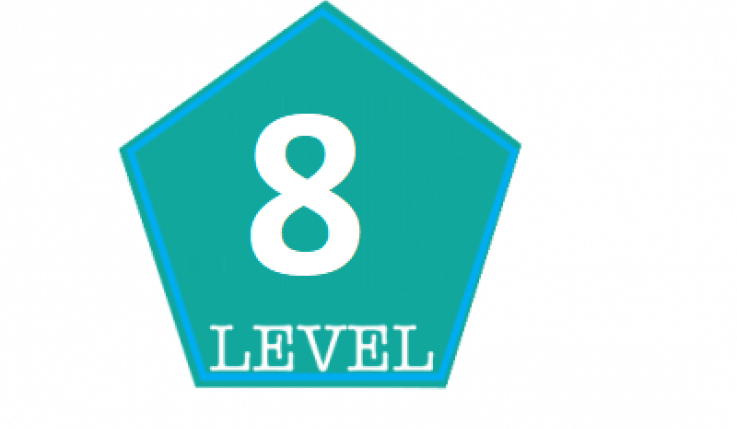 Chemistry
A continuation of the study of the principles of chemistry and their applications.
The topics include:
States of Matter, Atom, Elements, Compound and Mixtures, Chemical Bonds, Chemical Changes and reactions, Rate of Chemical Reactions, and Acidic Basic Solutions.

Physics
Students will be able to:

Optics:
-Distinguishbetween transparent, opaque bodies and path of light
- Drawo ptical reflection and refraction and know how to differentiate between them.

Biology
In Immunology, students must:
-List the 2 types of immunity: Specific and non specific then list the effectors of non specific immunity and perform experiments to visualize the components of blood, also they must perform the blood group tests .
-Differentiate between bacteria and viruses in terms of structure-mode of reproduction and reaction of the immune system against each.
-Define self & non-self.
-Define cell-surface markers & precise their role.
-Define an antigen.
-Explain the self-defense which is a group of reactions developed by the immune system & leads to the elimination of every foreign antigen that had entered the body.
-List the different types of cells involved in the immune response & their way of action.
-Define antibody.
-Describe how antibodies bind to specific antigens.
-Label the organs of the immune system.
-Differentiate between humoral and non specific immunity and the effectors of each type.
-Schematize the mechanism of phagocytosis opsonization and killer kiss.
-Deduce that specificity is a property possessed by the immune system, which involves the recognition of an antigen & the production of molecules (antibodies) that are specific to the antigen.
-Relate the presence of molecules on the membrane of the erythrocytes to the determination of the blood groups through analysis.
-Relate through doc. analysis the existence of antibodies born with the individual that condition the success or failure of blood transfusion.
-Relate the immune response to the quantity of lymphocytes supplied by each response.
-Relate that certain lymphocytes are kept in memory to face the same antigen
-Deduce that the response of an organism is greater & faster upon 2nd contact with the same antigen.
-Define vaccine - toxin - ana-toxin - toxoid
-Construct a comparative table between vaccination and serotherapy , then list the aids that help immune response and define asepsis , antisepsis , Chemotherapy and anti-biotherapy . Students must finally list the 2 types of abnormalities of the immune system including AIDS and allergy.

In Geology , Students must:
- list the different types of rocks and state the properties of each besides defining geological terms. Also they must differentiate between expolsive and effusive types of volcanoes and give examples.

In Earth Quakes, students must:
-State how they occur, measured and their effects.

In Cytology, students must:
-Draw an animal cell and list its different organelles, chromosomes and how are they arranged.

English
The course has goals for the areas of reading, writing, speaking and listening, and language in an effort to make students able to read and write confidently in all the areas of the English language.
In reading, students will be able to determine the main idea of a text and analyze it. The students will practice determining the meaning of the words using context clue. They will also learn to compare two different types of texts and discuss how those differences influence the meaning of the texts.
At the end of the year, students should be able to read and understand various types of literature suitable to their grade level. In writing, students will become skilled at expository, persuasive, narrative, and descriptive essays. They will learn to research topics using effective and diverse sources to gather important information. Proper use of citations and paraphrasing will be stressed. The students will support their opinions and argue in logically through the use of the texts they have or have read. To improve their speaking and listening skills, students will learn to accurately engage in shared discussions and evaluate information presented in various media and formats.
Students will also learn to present their own opinions and arguments in logical and clear ways. They will be able to show an understanding of English language in order to support their claims. Throughout their writing and speaking, students will reveal their knowledge of English.

Computer
Will learn how create their own webpage using HTML programing language with more codes. Building up a  small EV3 robot and programming it.with more options. New Excel Formulas. Some New arvhitechture programs. How to use Adobe-Photo-Shop.

Physical Education
Students of grade 4, 5, 6, 7 ,8, 9 games are way different and smarter with competitions.
for example:
- Soccer is a very popular game that everyone loves to play and try to be the best in. It needs speed and some art in playing.
A football match is played by two teams, where each has 11 players on the field at any one time, one of whom is a goalkeeper. It is a match played in two 45 minute rounds. The game begins with the toss of a coin, and the winning captain decides which goal to defend or who takes the first kick off.
- Basketball: basketball doesn't have the same fans in our area as soccer, but students like it equally. It needs concentration, speed, and strength. Basketball is a team sport that uncludes two teams of five players where each try to score by shooting the ball into a hoop elevated 10 feet above the ground.
- Volleyball is mostly teamwork where the members need each other's help and strength to score against the opposing team.
- Fireball is a common Lebanese game where all players stand in the middle while two of the main players remain outside. The outside players must throw and hit the ball on the students inside the box to eliminate them from the game.
- Pingpong is a famous game where two players challenge each other with a small ball and a paddle.
The ball must rest on an open hand palm. Then, it must be tossed up at least 6 inches and struck so the ball first bounces on the server's side and then the opponent's side.
- Handball is a smart and fast game. The rules are straightforward. The players consist of two teams that consist of seven players including one goalkeeper and six court players per team. The players have to throw the designated ball past the goalkeeper in hopes of it going into their opponent's goal.