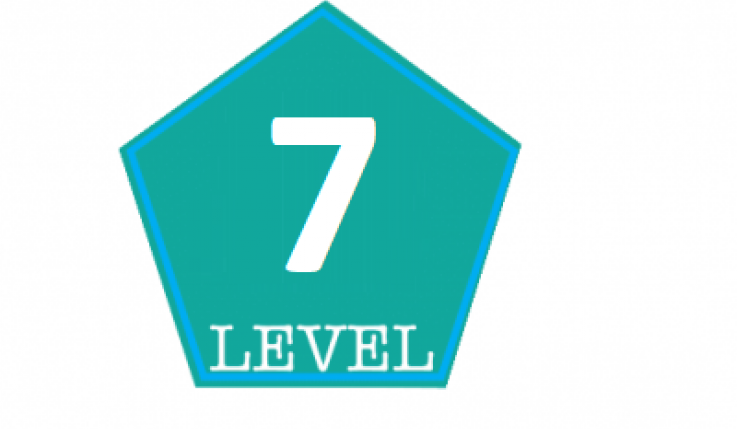 Chemistry
An introduction to the chemistry and techniques of experimental chemistry with emphasis upon: matter- properties- changes- mixtures, separation techniques, classification of matter, chemical changes, conservation of matter, combustion, pollution due to combustion reactions, solubility, solutions, and lab safety rules.

Physics
Students will be able to:
-Differentiate between Solids and Liquids and list theproperties of each.

In Volume:
- Beable to find the volume of irregular shapes- volume of sphere- cube-perpendicular prism – cylinder.
-Calculateconversion of units.

In Gaseous State:
-List theproperties of gases
-Definefluids and how to prove the mass of gases.

In Gas Pressure:
-Realize that a gas exerts pressure on the walls of its container.
-Know that Pascal (Pa) is the unit of pressure in the SI system besides other commonunits of pressure.

In Transfer of Heat:
-Definetemperature, and know how to measure temperature
-Use Unitsof temperature and Radiation

In Change of State
-Comprehendthat heat may change the physical state of a body
-Definefusion-solidification-boiling and condensation
-Distinguishbetween evaporation and boiling
-Comprehendthat the boiling point of water increases with pressure.

In Feeding behavior of animals, students must be able to:
-Define the food diet and its branches and how the food diet varies from one season to another according to type of animals, and extract from scientific representations that the food diet of animals varies with seasons.
-Describe that feeding behavior of an animal is the activities that allow animals to find, capture and consume food.
-Identify the different steps of an animal feeding behavior and be aware of the different techniques used by these animals in search for food and the type of locomotion and the tools used to capture.
-Label a schematic drawing of a digestive system of a vertebrate and indicate the pathway of food.
-Pick up the differences between solid food and nutrients.
-Conclude that nutrients pass into the blood and that the non- absorbed materials are eliminated
-Define absorption as the passage of nutrients into the blood.
-Infer that humid food transforms to nutrients during digestion.
-list the parts of the digestive system by dissecting a rabbit and perform spallanzani experiment.

In reproduction, Students must be able to:
-Differentiate between males and females and label their gonads.
-Define sexual dimorphism and courtship parade
-Infer that there are 2 modes of reproduction sexual and asexual.
-Conclude the necessity of male and female for sexual reproduction.
-Pick up that in some animals the female and male present external differences that permit to differentiate between them.
-Study the role of the secondary sexual characteristics and state the sense organs used to favor approaching between male and female.
-Identify female gamete and male gamete.
-Pick up that meeting between gametes may be internal or external
-Define fertilization and state its 2 types besides oviparous, viviparous and ovoviviparous.
-Differentiate between direct and indirect development and the stages of metamorphosis.
-Relate the care of offspring to their number.

English
The course is designed to maintain the goals of reading, writing, speaking and listening, and language in determination to make students able to read and write confidently. In reading, students will further develop their abilities to describe a text's main ideas and to analyze them based off of textual evidence. In writing, the students will continue to develop their skills in expository, persuasive, narrative, and descriptive texts. They will be able to create clear writing that has appropriate organization and style for the topic chosen. The students will be taught how to properly use technology to produce, publish, and cite their writing.

The students will continue to mature their research skills by portraying evidence needed from different sources that support the writing they have created. To develop their speaking and listening skills, students will learn to question so that a group discussion is initiated in which they will modify their own views in agreement with new information and ideas expressed by those around them.

The students will also practice speaking in front of a group while using relevant descriptions, facts, and details to support an opinion. Throughout their writing and speaking students will continue to show their knowledge of the English language.

Computer
Students will learn how create their own webpage using HTML programming language. Building up a small EV3 robot and programming it. New Excel Formulas. Some New Architechture programs

Physical Education
Students of grade 4, 5, 6, 7 ,8, 9 games are way different and smarter with competitions.
for example:
-Soccer is a very popular game that everyone loves to play and try to be the best in. It needs speed and some art in playing.
A football match is played by two teams, where each has 11 players on the field at any one time, one of whom is a goalkeeper. It is a match played in two 45 minute rounds. The game begins with the toss of a coin, and the winning captain decides which goal to defend or who takes the first kick off.
-Basketball: basketball doesn't have the same fans in our area as soccer, but students like it equally. It needs concentration, speed, and strength. Basketball is a team sport that uncludes two teams of five players where each try to score by shooting the ball into a hoop elevated 10 feet above the ground.
-Volleyball is mostly teamwork where the members need each other's help and strength to score against the opposing team.
-Fireball is a common Lebanese game where all players stand in the middle while two of the main players remain outside. The outside players must throw and hit the ball on the students inside the box to eliminate them from the game.
-Pingpong is a famous game where two players challenge each other with a small ball and a paddle.
The ball must rest on an open hand palm. Then, it must be tossed up at least 6 inches and struck so the ball first bounces on the server's side and then the opponent's side.
-Handball is a smart and fast game. The rules are straightforward. The players consist of two teams that consist of seven players including one goalkeeper and six court players per team. The players have to throw the designated ball past the goalkeeper in hopes of it going into their opponent's goal